Switchable Glass and The Arts 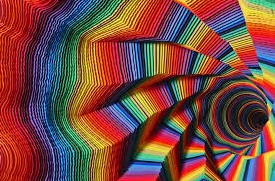 I was recently in Köln (Cologne), Germany in the suburb of Nippes when I was caught out in my walk by a sudden downpour. Seeking shelter, I spotted an art gallery, the Galerie Nigoh, and decided to nip inside. I was quickly absorbed by a stunning selection of artworks but, detecting an excited buzz of conversation coming from a side room further along the gallery’s extensive interior, my curiosity took over and I sought the source. Imagine my surprise when I found myself in a small room dominated by a large, suspended panel of what was clearly Switchable Privacy Glass. The panel was at least 2m x 3m in size and suspended by wires holding it about half a metre off the floor. It was centrally located so that people could walk freely around it. I instantly understood the excitement this art installation was causing.

The artist was funnelling a bright beam through a device in the ceiling that channelled it through a series of pulsing prisms; this was then projected onto the Switchable Privacy Glass panel from both sides. The result, when the panel was in its default, ‘off’ mode, was at once breathtaking, vivid, powerfully uplifting and beautiful: a three-dimensional kaleidoscopic visual blast that affected all who witnessed it. But as the people milled about the room, audibly enthusing about the spectacle while they gazed at the ever-changing art work, a sensor, somewhere, would cause the panel to switch to its clear state. This unexpected clarity, which lasted perhaps only thirty seconds before the imagery returned, caused eyes to lock across the room straight through the glass panel, and people typically responded to this sudden intimacy with a goofy grin. The pleasure that the imagery had imbued in all us viewers, still lingering in our brain’s primary visual cortex, was being silently shared amongst us total strangers. I’m certain the artist intended the installation to have this affect anyway as it was entitled “Intimacy”.

For me, it was especially rewarding, and exciting, to see Switchable Privacy Glass being used in such an artistic, creative and beneficial manner.

Send us an enquiry